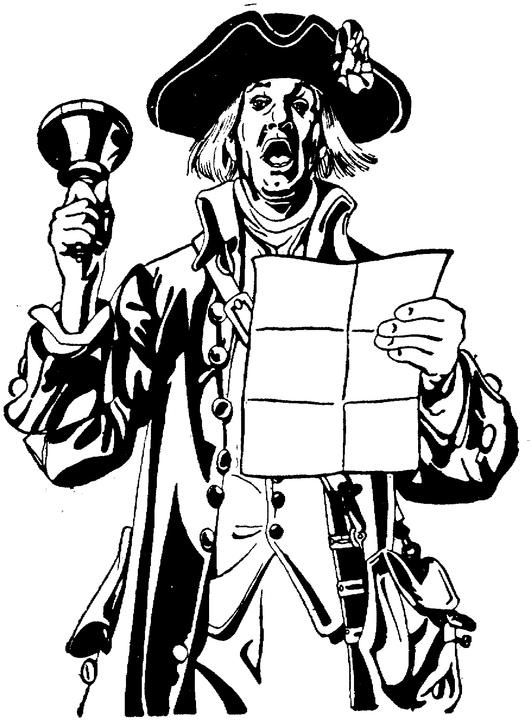 CSOPA wishes to thank the esteemed members of the press for your continued interest and coverage. "The best is yet to come!" We will make every effort to keep you informed. You are hereby authorized to use any material from these press releases for your publication. Kindly refrain from using these materials in an unexpected way. Contact us at any time with questions, or photo requests. You are cordially invited to receive a free "press pass" to all   CSOPA events!
MARCH 31, 2002: Greenwich Time Newspaper, pages B1 & 7, "The Art of the Portrait" by Betty Coughlin- "...A press release from the Connecticut Society of Portrait Artists - about their official status as an affiliate chapter of the American Society of Portrait Artists - led me to Images in Old Greenwich where I had the pleasure of watching Jeanine Jackson, a portrait artist demonstrate her craft..."
APRIL 15, 2002: Stamford, CT - The Connecticut Society of Portrait Artists announces their first exhibition, "Faces of Summer ~ A Portrait Festival", August 16-18, SoundWaters, Cove Island Park...
APRIL 30, 2002: Old Greenwich, CT - The Connecticut Society of Portrait Artists and Images are proud to present Sophia James in "Artist at Work," the second in their series of portrait demontrations. May 11, 11am to 2pm....
MAY 29, 2002: Greenwich Time Newspaper, page B6:  "PORTRAIT ARTIST GROUP SEEKING ARTISTS FOR SUMMER SHOW"
MAY 30, 2002: Greenwich Time Newspaper, page A19:  "PORTRAIT ARTISTS EXHIBIT DEADLINE SET FOR JUNE 5"  [published correction to May 29 below]
JUNE/JULY, 2002: Living in Stamford Magazine, pages 12, 14:  "PORTRAIT SOCIETY INVITES LOCAL ARTISTS TO FACE THEIR PEERS" by Lisa Pierce Breunig. 7 color photos. "Faces of Summer - A Portrait Festival"  banner.
July/August, 2002: Greenwich Magazine, Coming Events,.Photo and Faces of Summer banner.
Friday, August 16, 2002: Channel 12 Evening News: Coverage of Faces of Summer Evening Reception.
Monday, July 29, 2002: Greenwich Time, pg B3, ARTS.Photo and article about "Faces of Summer."
September 11, 2002: Cos Cob, CT - CALL FOR PORTRAIT ARTISTS for Faces of Winter juried show at the Greenwich Garden Education Center, February 5 - 27, 2003.

May, 2005: "Portraits to the Avenue 2005" at the Greenwich Arts Council. Live sketches by five CSOPA members May 21, 2005 from 1pm to 3pm. GAC press release.
July 22, 2005 - The Newtown Bee: "History in the Making: Faces of Newtown" As Newtown continues to celebrate its 300th birthday, award-winning members of the Connecticut Society of Portrait Artists (CSOPA) have been invited to an unprecedented project: A series of portraits honoring Newtown citizens of distinction... The official webpage: Faces of Newtown 2005.
January, 2006: "Kinstler Comes to Greenwich" at the Greenwich Arts Council. Book Signing at the Faces of Winter 06 Opening Reception, FEB 3, 6pm-8pm... CSOPA and GAC press release. 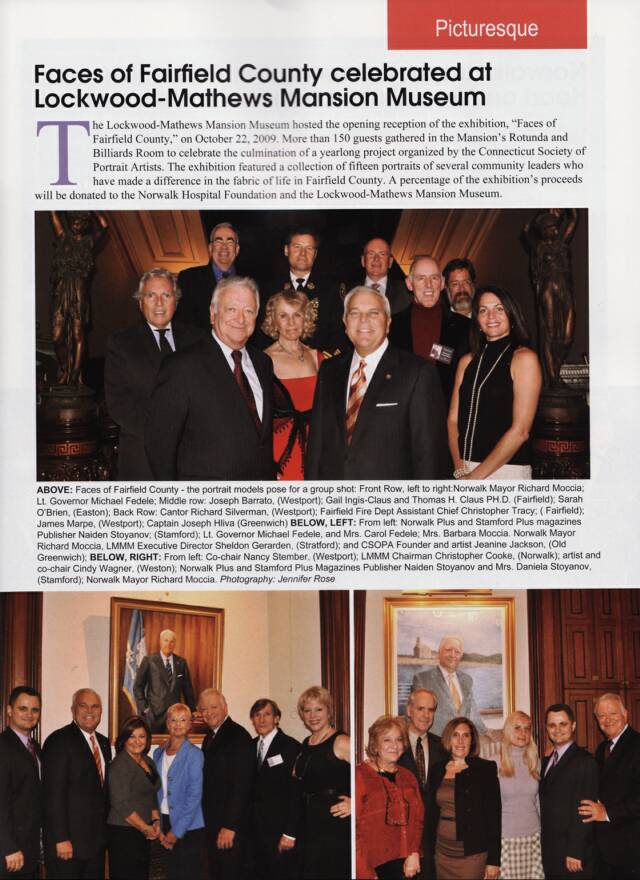 FEBRUARY 2013 FINE ART CONNOISSEUR MAGAZINE: In the Chair: Sitting for a Portrait Our editor sat to 15 portraitists at once, seeing and learning a lot in the process. By Peter Trippi http://www.fineartconnoisseur.com/